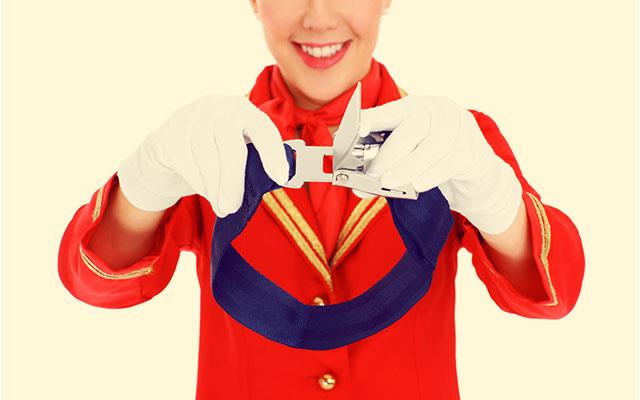 Passenger rights and responsibilities within the European Union’s borders are regulated by Regulation (EC) No 261/2004 of the European Parliament and of the Council of 11 February 2004. This Regulation sets out the conditions and procedures for receiving assistance and compensation from airlines.

The flight operator has the right to deny boarding to any passenger who does not follow the airline’s regulations, and/or who poses a threat to security. For example, this includes passengers who:

Important!
If you don’t follow the airline’s regulations as stated in the terms and conditions, you can be refused boarding or kicked off the plane with no right to any kind of compensation.

Overbooking is a practice airlines engage in when more tickets are sold than there are seats on a given aircraft. Airlines base their overbooking limits on detailed research of occupancy rates and information about the percentage of passengers who typically do not show up for boarding. This means the probability of being denied boarding is low.

Any volunteers?
Whenever such a situation occurs, it is the airline’s responsibility to find volunteers who agree to give up their booked seat and take the next available flight. If no volunteers are found, the airline selects passengers to be ‘bumped’ from the flight. The airline is obliged to pay appropriate compensation, which depends on the route and can be from 250 to 600 EUR. If there are no more flights on a given day, the airline provides accommodation and possible transportation as well.

In any case of being denied boarding, where the airline is responsible, EU Regulation 261/2004 required the airline to inform the passenger in writing about procedures for obtaining compensation and assistance.

Insurance
The best protection against being denied boarding, regardless of whether it is the passenger’s or the airline’s fault, is to buy a good insurance policy.

Remember!
In all cases of being denied boarding, you must be on time for boarding in order to receive compensation.

In case a flight is cancelled or rescheduled, or in case the airline stops operating a route, the airline is obliged to find an alternative connection for passengers or give a full refund of the flight cost.

Food and accommodation
The airline is also obliged to provide food and accommodation if an alternative connection is scheduled for a later date (for example, the next day), unless the terms and conditions of the ticket on the day of purchase explicitly state that the airline does not recognize this obligation.

If the customer chooses to receive a refund, the airline is obliged to issue one within 7 days from receiving the claim for reimbursement.

Compensation
Passengers have the right to obtain compensation of between 250 and 600 EUR, depending on the route and on the condition that the passenger was at the departure gate on time.

Depending on the length of the scheduled flight, if the delay exceeds between 2 and 4 hours, the airline is obliged to cover the costs of food, hotel accommodation, or other services. The customer must have arrived at the departure gate on time in order for any compensation claim to be valid.

In case of a delay exceeding 5 hours, the passenger has the right to request a full refund of the ticket price as well as appropriate compensation from the airline.

When can I claim compensation?
Remember that the possibility to request compensation is not based on a delayed take-off, but rather a delayed arrival at the destination. Moreover, passengers do not have the right to compensation if the delay is due to external factors, such as severe weather conditions.

Before departure you should consider purchasing travel insurance, which will protect you against unexpected expenses that arise if your flight is delayed or cancelled.

Lost or damaged baggage during the flight

Tips and suggestions in this article and related articles are for informational purposes only and auxiliary and may not constitute the basis for any claim against eSkytravel.co.za.

Does this article have the information you were looking for? Yes | No
Thank you for your opinion!